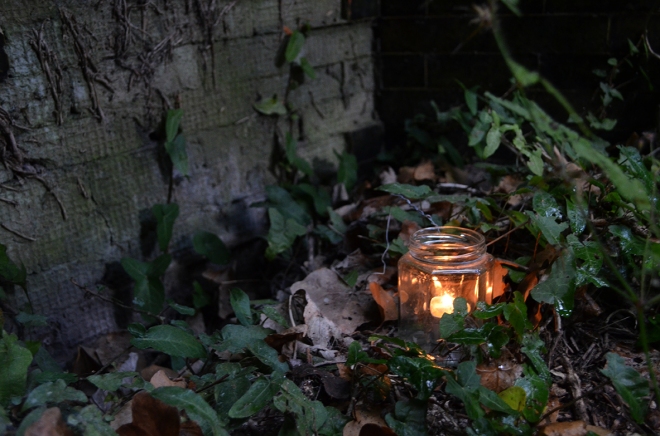 Our relationship with ex-houses is an interesting one. Buildings and ruins, scattered across overgrown fields and forests, down forgotten cul-de-sacs, and behind tall fences in gloomy urban areas; the romantic in us all pines for the loss of a thing that we never knew.

The empty home inspires tales of loss and separation, of a neglect and abandonment of the old ways. It is a kick in the teeth to the old ways and we as a culture appear to mourn these forgotten states.

The lost living rooms, the last dinners, the encroaching wilderness that wraps our forgotten ruins up in a shroud, fills our eyes with a jewel-dusted mysticism, and the placing of concept, the reimagining of ‘home’ in true Grand Design’s style – of rescuing, and reviving, performing true and authentic restoration to these crumbling pasts – is heralded in the act of preservation and protection of our culture. 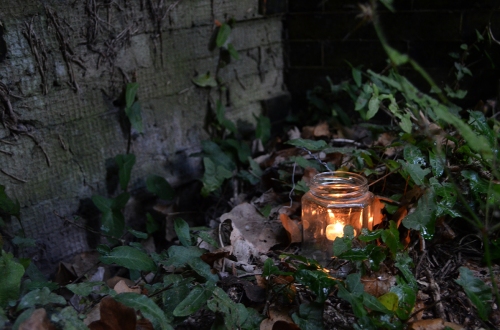 The places that fall outwith the realms of saving; be they too big, too ugly, in the wrong place geographically, or simply not special enough to warrant any real attention are left to quietly disperse into the undergrowth. To be swallowed up, imperceptibly slowly but the steady but inevitable creep of the wild.
These are our dreaming spaces.
Free for projection, imagination and a certain freedom of exploration – of wandering, exploring and discovering first hand (as has been discovered first hand by so many before you), the true wonders of this individual place that exists only here, and only for now.

Throughout my practice explorations of home, of place made familiar, and emotionally nested from the world at large, and these ruins of homes, monuments to the very idea of home at all, have featured from time to time.

My first intimate and extensive exploration of a site was in 2010, a small and extremely unknown location whom, if you can take confidence with any of the older (perhaps oldest) members of our local village, will tell you was once called Hilltop House, and was last lived in in a time beyond living memory, just. The last living man who was known to live there as a boy was himself an elder of the village in the 1950’s. 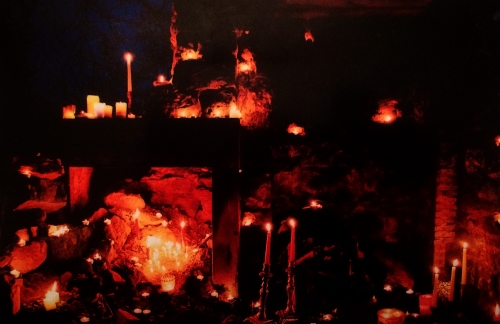 The first experiment at Hilltop House was one of lighting. Once unoccupied, these ruins return to darkness with the fading of the suns daily rhythms, so late one Thursday in early April, we sat vigil in the remains of Hilltop House and filled the place with light. With precious few walls or roof, the sounds of the evening are welcomed in to the forgotten ruin, and the sparks may fly unabated. The whole thing was shot in black and white analogue film camera, (potentially romantic overkill), and accompanied by at least one large bottle of wine.

Other experiments included refurnishing, (carrying the entire contents of my parents living room along a half mile track through the woods), of filming and then recreating offsite in full size cardboard replica (not worth the effort), of projecting new memories and new ghosts – forcing life back into the corpse-house. Littered along the pathway en route to the house were found strange collections, under one tree a households worth of glass recycling, under another kitchen tiles – mostly in pieces – and within the remains of the house itself, a tree girthed tightly by the iron cast door of a once-stove front.

The last farewell to Hilltop House was given, with full ceremony and celebration – and the company of friends and family, gathered for what we expected to be the last dinner in Hilltop House. The fire lit in the fireplace’s remains, (the chimney less drawing, as guiding the fire) the meal was laid across white tablecloths, glasses toasted and food shared. At the conclusion each guest carried their own chair home with them along the woodland path.

The work was not well received by my art college tutors (perhaps because they were not invited), and the project came to it’s own natural conclusion. Hilltop House lay silent again.

In 2016, a new opportunity arose to revisit some of these themes. Milkbank is a somewhat grander affair. Known locally with a certain amount of tenderness, the tragedy of Milkbank – of such a beautifully crafted building left to disrepair after such a short time as a residential location, of the death of the son McIlDowie during the construction, and the shortened life of the first Bell-Irving for whom Milkbank was constructed. It is a place of local knowledge, and it is accepted as part of the local landscape, although it is absent from the maps and guides of the area, and was technically demolished in the 1950’s. This has been my home-monument. 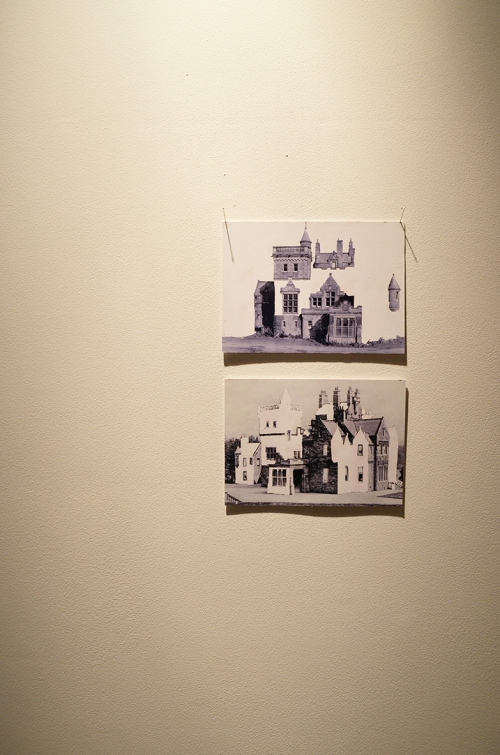 To bring life back, even temporarily to these empty and drafty buildings, to invite exploration, and intimate gatherings places the history of our culture out of the museum cabinets and into every day conversation and discovery. Potential and possibility arise from unexpected corners.

Interpreting or interacting with these places is one of balance, seeking neither to over power or be over taken by their own stagnant attraction. Issues of scale, colour, object, shape and material became my obsession.

Light is powerful. It rules our interactions,, our comfort-levels, it directs us and shapes our movements. Next time we’d like more light.

By removing one sense, we must entirely re-draw our understanding of our environment. Adjust our step and reinterpret place. Reverberations create new space where previously there was none, hidden between the cracks of the physical present. Acoustics are a big learning curve. Our understanding of sound is complex and mysterious. 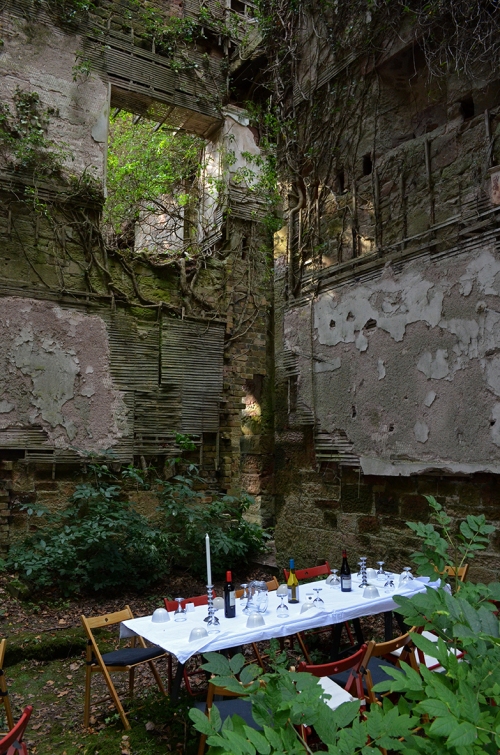 Dinner is of much more importance than it might seem. The trivial and the everyday also creates space, for new conversations, exchange and discovery. I may have forgotten the salt (and the spoons), but the act of sharing invites us all to participate together. Dinner is a potentially powerful art process.