Been feeling a little playful lately, and enjoying the luxury of my studio that is no longer a building site. Stitching and something that could only very loosely be described as embroidery, appears every so often in my work, and has done since my very first foundation art course way back whenever. I’m not exactly technically capable, but having helped out with The Stove’s Stitching Our Story project for the afternoon – Deirdre Nelson advised a useful approach to stitching handwriting.

During the rebuild of my studio, I’ve been gathering odd objects and ruminating on them throughout the more repetitive stages of renovation, so a series has started to form around the making of everyday objects. 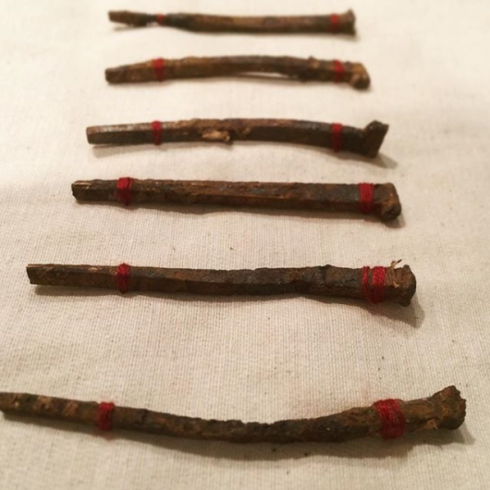 Floor board nails. Serious beasts to extract from the boards and beams they have presumably sat within since the buildings erection in 1840. I’ve been treasuring handfuls of them, as much for the effort involved in pulling them up in the first place. (Most of the floor remains fortunately untouched, but some sections did have to be lifted to make way for the large quantities of insulation I’ve carefully packed into every available space..) 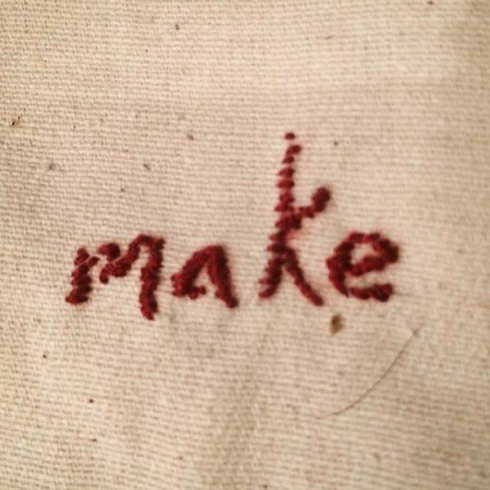 A small series of these works are now to appear as part of an Upland exhibition later in the year at the Patriothall gallery in Edinburgh! Full details of SURGE available here