And when something finally comes to fruition, after however long a period of sketching, visualising, testing, cursing (and so fort 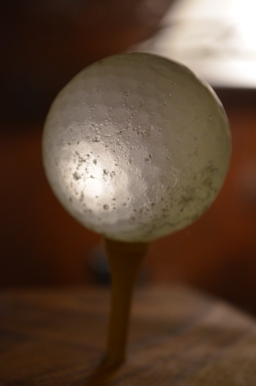 h) and this thing I have been imagining for so long is finally sitting in front of me – albeit often changed somewhat from my original plan – there is a pause.

A sort of reflection. Imagination to reality is never terribly direct for me, and the mishaps and bumps and scraps along the way become an intrinsic part of the way I identify with objects. The piece I have been working on for the Spring Fling Taster Exhibition (see here for details!) followed by a small trip to Stranraer and Annan has been a tricky one. This has been the first time I’ve entered into a group show so large that none of the works were made or indeed chosen with the others in mind. I’ve deliberated and ‘hummed and hawwed’ for so long. But this is just what it is.

Past ideas of hideously precious, delicacy as normal was lost somewhere along the way, and it has taken on a clunky-ness. I’ve grown to love it anyways, a relationship often builds between my and an object as it develops but it’s not quite unconditional. There’s something not quite right. Following conversations (or warnings?) of a sort of trophy-ism, I’m not sure whether or not this piece has crossed the line yet.

It will take probably until after the exhibition for me to feel sure about what it is or isn’t. Which is mildly infuriating as by then, it will be too late. None the less, progress is progress – so at least the next one might be better. So in conclusion, I’m not as happy as I’d like to be, but not as unhappy as I could be.. And at least if nothing else I’ve learned a lot (and I know what de vitrification looks like!) 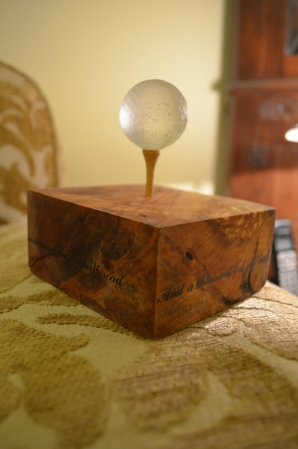 One thought on “Golf Trophies and de vitrification”